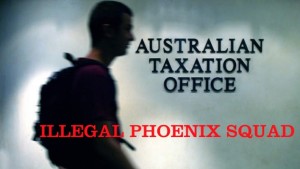 At the bottom of this post is a list of the nine companies (known as the TJT group) involved in both the first and second case, showing their names, and former names, and their reported debts to the ATO. According to the Federal Court judge (Perry J) the group’s tax debt is/was “approximately $20 million, even without taking account of TJT (No 1)’s tax liability which is yet to be advised”. As is usually the case in phoenix activity, the companies changed their names several times. It appears from their former names that they were in business as employment, recruitment and/or human resources agents.
END_OF_DOCUMENT_TOKEN_TO_BE_REPLACED

On 6 January 2016 the ATO issued a Decision Impact Statement concerning the High Court judgment in the Australian Building Systems case.

[See my previous post for a discussion of the High Court’s majority decision: Australian Building Systems case: plenty of common sense in the dissenting judgment by Justice Michelle Gordon]

It seems that although the ATO accepts the High Court’s majority decision (as, of course, it must), it’s interpretation of the decision is nuanced, and suggests that it has no intention of giving up on the retention obligation.

END_OF_DOCUMENT_TOKEN_TO_BE_REPLACED

The Bill was introduced to Parliament with this speech by Mr Alex Hawke, Assistant Minister to the Treasurer. The following is a copy of his speech. I have added headings to improve readability.
END_OF_DOCUMENT_TOKEN_TO_BE_REPLACED