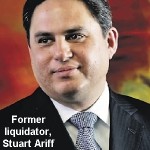 In December 2009 the Australian Senate Economics Committee invited the Treasury Department to make a submission to its inquiry into liquidators and administrators. Treasury obliged in February 2010 by pointing the Senate Committee to some useful background material. A copy of  Treasury’s covering letter is produced below.  I have added a few comments to improve and update the internet links.  [The Committee subsequently questioned Treasury and requested more information. Copies of these exchanges will be included in a future post to this site.]

An overview of the relevant legal framework is attached for the assistance of the Committee.  There are a number of completed reviews and reports that deal with many of the issues encompassed by the Committee’s terms of reference. The Committee may find it useful to review these in the course of the Inquiry.

The Parliamentary Joint Committee on Corporations and Financial Services (PJC) released the Corporate Insolvency Laws: A Stocktake report in 2004. The PJC recommended that the Australian Securities and Investments Commission (ASIC) work with professional bodies to encourage the adoption of best practice standards for remuneration and the prompt disclosure of the basis of fees charged by liquidators and administrators. A copy of this report is available at:

Review of the Regulation of Corporate Insolvency Practitioners

A copy of the Report is available on the Treasury website at:

The following materials have also been issued by ASIC or by the insolvency Practitioners Association.

Copies of these documents can be downloaded from http://www.asic.gov.au/    NOTE BY pjk:  A more useful link is the following:

The IPA Code of Professional Practice (The Code) addresses a range of matters dealing with the conduct of insolvency practitioners. This includes setting out a series of principles that should be followed in regard to practitioner. Included in the Code is a Creditor Information Sheet for approving remuneration in external administrations. A copy of the Code can be downloaded from http://www.ipaa.com.au/.

Listed below are a number of remuneration and conduct related reforms passed or initiated in recent years.

These amendments were the first significant change to Australia’s insolvency laws since 1993 and focused on improving outcomes for creditors, deterring misconduct by company officers, improving regulation of insolvency practitioners and voluntary administration. These reforms introduced the requirement for liquidators and administrators to complete Declarations of Relevant Relationships. Administrators are also required to complete Declarations of Indemnities. In relation to remuneration, there was a codification of principles and improvements in the information available to creditors and the Court. This included the Insertion of criteria into the Corporations Act for the Court to consider when assessing the reasonableness of an external administrator’s claim for remuneration.

The Bankruptcy Legislation Amendment Bill 2009 was introduced in the House of Representatives on 28 October 2009. The Bill aims to provide a more streamlined process for fixing trustee remuneration and a more transparent process for reviewing remuneration. The Attorney‑General’s Department has released a discussion paper, Amendments to the Bankruptcy Regulations 1996: Remuneration of Registered Trustees, which is available at http://www.ag.gov.au/

The Office of Fair Trading (OFT) in the United Kingdom has recently launched a study into Corporate Insolvency. The study will look at the market structure, regulation, remuneration and competition between firms and practitioners. Initially, this will involve collection and analysis of data from interested parties including accountancy and law firms, government, regulators and industry. Further investigations will depend on the results of the initial investigation. The OFT expect to complete their investigation by the end of 2010. Information regarding this study can be found at:

In April 2001 the World Bank released a detailed statement of principles and guidelines for effective insolvency and creditor rights systems: www.worldbank.org/ifa/ipg_eng.pdf