This is a guide to ARITA’s information, with links to the relevant website pages.

A short history of the ILRA

Parliament passed the Insolvency Law Reform Act 2016 (the ILRA) on 22 February 2016. The government registered the related Insolvency Practice Rules (Corporations) 2016 (the Rules) in December 2016. The ILRA and Rules change the law relating to the registration and discipline of liquidators and the conduct of external administrations.

The Australian Manufacturing Workers’ Union (AMWU) has focused its recent submission to the inquiry by the Australian Senate into “The performance of the Australian Securities and Investments Commission” on the issue of phoenix company activity.

The AMWU claims that “ASIC’s failure to adequately hold directors to account has cost millions of dollars worth of unpaid entitlements for employees nationwide. The time is now for action to be taken, impunity to end, and for unscrupulous directors to be held accountable.”

1) Increasing resources and funding to ASIC so that it can properly investigate corporate misbehaviour.

2) A comprehensive review and amendment of s 596AB of the Corporations Act to provide stronger safeguards for employee entitlements and allow for more successful actions by ASIC and liquidators.

3) Introducing a reverse onus procedure by which a director, where there has been an adverse liquidators’ report lodged against them, will be required to ensure that they have acted honestly and responsibly in relation to company affairs.

In expanding on and explaining these recommendations the AMWU says:

1) “ASIC is under-resourced to handle the thousands of complaints submitted to it every year. Regardless of what legislative or regulatory reforms are undertaken, without additionally funding, ASIC will not be able to protect the interests of even the most vulnerable of parties, such as employees. There needs to be a commitment to replace impunity with accountability, and increased resources and funding to ASIC must be the driving force behind this.”

2) “The intention behind s 596AB was to “deter the misuse of company structures … to avoid the payment of amounts to employees that they are entitled to prove for on liquidation of their employer”. This intention has not materialised. Instead, the criticism that s 596AB will prove to be a “toothless tiger… so hard to prove that nobody will be effectively prosecuted” has been proven true. This recommendation would allow for ASIC to, more easily, bring proceedings against directors who have compromised employee entitlements through corporate restructures. This would have a threefold effect of protecting employee entitlements, holding dishonest directors to account, and deterring similar conduct.”

3) “This recommendation is modelled upon Irish legislation under the Companies Act 1990 (Ireland) s 149. In Ireland, where an adverse liquidators’ report has been lodged, directors must ensure that a large amount of equity capital is invested in the new company (at least £100 000 with a minimum of £20 000 paid up in cash) or are required to prove in court why they should not be required to do so. This reverse onus procedure would reduce the detection and compliance burden on ASIC.”

4) “The AMWU submits that continued review of the anti-phoenix activity measures implemented be undertaken, especially in light of the first anniversary of the enactment of the Corporations Amendment (Phoenixing and Other Measures) Act 2012 (Cth).”

In support of its submission the AMWU gives its summary of the following recent cases:

The inquiry by the Senate Standing Committee on Economics began on 20 June 2013. Submissions were to close on 21 October 2013. The Committee is due to report by 31 March 2014.

When the Australian Securities and Investments Commission (ASIC) released its report on supervision of registered liquidators it bemoaned the fact that its compliance checks had found a 10% increase in inadequate declarations, up from 46.9% in 2011 to 56.3% in 2012.

“The increase in inadequate declarations concerns ASIC. Liquidators must make full disclosure to creditors when it comes to their independence. Given our guidance, and education programs through the Insolvency Practitioners Association of Australia (IPA), there is no good reason for such a failure rate.”

Under the Corporations Act 2001 liquidators and administrators (other than those appointed by the Court) are required to make written declarations to creditors concerning indemnities they have received and relationships they have, or have had, with certain defined “persons” within the preceding 24 months. Both declarations are to be made and sent to creditors before the first meeting of creditors is held. The Declaration of Relevant Relationships and Declaration of Indemnities are referred to collectively in the insolvency profession as a DIRRI. 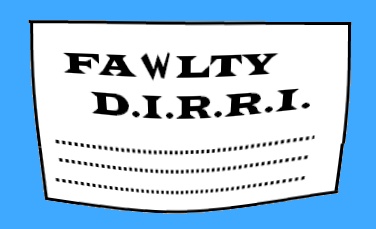 An “inadequate” DIRRI is described in ASIC’s report (para 56) as one which:

(b) fails to disclose all companies involved in appointments to a group of companies, and whether or not circumstances existed between the group entities that may give rise to a conflict and, if so, how the appointees would manage those issues; and/or

(c) is not signed by all appointees.

More detailed guidance on how to make sure a DIRRI is adequate was given to registered liquidators in an email sent to them on 28 June 2013 by Adrian Brown, leader of ASIC’s Insolvency Practitioners Team.

The email extract below is Mr Brown’s description of “seven key areas for improving the likelihood that your DIRRIs do comply with the law, relevant professional standards and the IPA’s Code of Professional Practice.”

Provide meaningful information about the nature and extent of pre-appointment meetings (regardless of the nature of the meeting or dealing, be it face to face meetings, telephone discussions or email/ other electronic communications) with the company’s directors and any of their advisors.

Disclose all relevant relationships in accordance with the Act, professional standards and the IPA Code to ensure full disclosure and transparency. We suggest you consider:

· how the relevant relationship might impact your ability to act in the best interests of creditors; and

· whether there is a reasonable chance that creditors might consider that independence is, or appears to be, compromised by that relationship if it were to subsequently come to light.

3. Provide a reason why a relationship does not result in a conflict

Give a reason why you believe each relevant relationship does not result in a conflict of interest or duty. The reasons provided must be specific to the appointment and should not simply be a restatement of example reasons provided in the IPA Code.

Merely stating that a relationship will not affect your independence, or that you received no payment for pre-appointment advice or meetings, is NOT a “reason”.

4. Disclose when appointed to a group of companies

Where the appointment is to a number of companies in a group, the DIRRI should specifically refer to each company and cite a reason why you believe that multiple appointments will not result in a conflict of interest or duty.

You should also consider what steps you must take should you become aware of an actual or potential conflict after the appointment.

Documented conflict checks undertaken pre-appointment should show if you or your firm acted, or continue to act, as external administrator of another company with the same or a common director where the appointment occurred within two years before the new appointment.

Where this occurs, the relationship should be disclosed together with the reason why you believe the new appointment will not result in a conflict of interest or duty.

6. Disclose indemnities and other up-front payments

Disclose full details of the nature and extent of all non-statutory indemnities and up-front payments. This should include stating whether there are any conditions governing the indemnity, including what the indemnity can be used for.

It is vital that you carefully review every DIRRI before signing it. All appointees must sign the DIRRI.”

Three years ago (May 2010) Mr Stefan Dopking, then ASIC’s leader of the Insolvency Practitioners & Liquidators Stakeholder Team, wrote to registered liquidators to reveal the findings of its compliance review of DIRRIs in 2009. What ASIC found then was strikingly similar to its findings in 2012, as this extract from Mr Dopking’s letter shows:

“The review identified a number of areas where we believe the adequacy of disclosure needs improvement.  In particular, our general observations are that:

The law requiring liquidators to prepare DIRRIs for creditors came into effect in January 2008.

The Personal Properties Securities (PPS) Register in Australia is scheduled to open for business on 31 October 2011.  The PPS Register will be an electronic data file stored on government computers and accessible via the internet.  (Access and usage conditions and fees will apply.)

A personal property security exists when a company, individual or other entity takes an interest in personal property as security for a loan or other obligation, or enters into a transaction that involves the supply of secured finance.   This can include individuals or companies who are involved in: taking fixed and floating charges; long term and finance leases; chattel mortgages; retention of title arrangements; commercial consignments, and factoring.

Personal property is any form of property other than land, buildings or fixtures which form a part of that land.  It can include tangibles such as cars, art, machinery and crops; as well as intangibles such as intellectual property and contract rights.  (In PPS parlance an item of personal property that is pledged by its owner as security for repayment of a liability is sometimes called “collateral”.)

Where there are multiple, competing or conflicting claims over personal property, the default and specific priority rules set out in the PPS Act come into play.  These are complex.  But in many cases the timing of the registration on the PPS Register will affect the order of priority, or ranking, of a claim.

Many of the existing registers maintained by state and territory governments and the Australian Government will be closed.  These include ASIC’s Register of Company Charges, motor vehicle securities and bills of sale registers.  The interests of secured parties recorded in such registers will be moved automatically across to the PPS Register, without the secured party having to do anything.

Disclaimer: This document provides general information about the operation of the PPS system and does not constitute legal advice. You should seek legal or other professional advice to consider the application of PPS to your individual circumstances.