Before it is due to come into effect on 1 September 2017, section 60-20 of the Insolvency Practice Schedule (Corporations) (Australia) is to be amended.

Under the heading “Refining the Insolvency Law Reform Act 2016”, the Minister for Revenue and Financial Services has released draft legislation of amendments to the Corporations Act 2001 and Bankruptcy Act 1966.

The section would (have) require(d) external administrators and trustees to obtain consent from creditors prior to related entities obtaining any profit or advantage from any administration or estate – effectively requiring Insolvency Practitioners to seek creditor approval for their own firms to work on an appointment. We are delighted that Treasury have announced draft legislation specifically to resolve this issue. It is now clear that once remuneration is approved, further approval to share that remuneration with related parties (e.g. an Insolvency Practitioner’s firm or partners) is not required …. ARITA has been working very hard behind the scenes on this under strict confidentiality. The draft legislation is on The Treasury’s website for consultation. This is a significant win for the profession, achieved by ARITA.

I have set out below an illustration of the changes that are being made to section 60-20 of the Insolvency Practice Schedule (Corporations). Although “interested parties” have been invited to make a submission regarding the draft legislation by 17 May 2017, it is doubtful whether there will be any change to the draft. END_OF_DOCUMENT_TOKEN_TO_BE_REPLACED

The Australian Restructuring Insolvency & Turnaround Association (ARITA) and The Minister for Revenue and Financial Services, the Hon Kelly O’Dwyer MP, announced on 23 August 2016 that many of the changes to insolvency law that were to be implemented under the Insolvency Law Reform Act 2016 have been postponed from March 2017 to September 2017.

In a major win by ARITA, the Minister for Revenue and Financial Services has agreed to delay the commencement of a portion of the Insolvency Law Reform Act (ILRA).

This decision will avoid the situation where the profession simply would not have enough time to become compliant with the Act by the scheduled commencement date of 1 March 2017.

We understand that while Parts 1 and 2 of the two new Insolvency Practice Schedules (for Corporations and Bankruptcy) will still commence on 1 March 2017, these parts of the legislation are largely concerned with registration and discipline, and can be easily implemented by the profession.

The Minister has agreed to delay Part 3 of the new Insolvency Practice Schedules which relate to the general rules for the conduct of external administrations and bankruptcies. These provisions will not commence until 1 September 2017.

We also understand that parts of Schedule 3 of the ILRA (very specific provisions dealing with matters such as termination of a DOCA and the relation back day) will also still commence on 1 March 2017.

The Government’s caretaker period during the lengthy election stopped all work on the all-important Insolvency Practice Rules, which is likely to push out their formalisation until December 2016.

This would have meant there was no way firms could adjust their IT systems or complete the necessary extensive staff retraining before the scheduled commencement. This extension simply provides a more reasonable time period for compliance.

These issues were first flagged with Government, agencies and regulators by ARITA prior to the election, and have been the subject of sustained action on our part to drive for a more acceptable commencement time frame.

The Minister for Revenue and Financial Services, the Hon Kelly O’Dwyer MP today announced that the industry is being given more time to implement the Insolvency Law Reform Act 2016 reforms.

This major reform will increase confidence in Australia’s insolvency regime by:

“The reforms also ensure that our insolvency processes are modern and efficient – reducing costs, improving timeliness of administrations and improving returns to creditors,” Minister O’Dwyer said.

“Most importantly, the changes will enhance the ability of creditors to terminate underperforming practitioners.

“Given the scale of these reforms industry is being given time to upskill and to update their software systems and business processes before commencement.

“The reforms to insolvency administration processes, to enhance efficiency, improve communication and increase competition, are now scheduled to commence on 1 September 2017.

“We will not defer commencement of those reforms directed at promoting competency and professionalism in the insolvency industry. The practitioner registration and discipline provisions, and enhancements to the ASIC’s powers will commence on 1 March 2017, as planned.

“The Government’s second tranche of insolvency reforms will enhance business rescue and support entrepreneurship, and are being progressed as part of the Government’s National Innovation and Science Agenda,” Minister O’Dwyer said.

In time for the Christmas holidays the American Bankruptcy Institute (ABI) has released (8 December 2014) a 400-page report titled Commission to Study the Reform of Chapter 11, 2012-2014, Final Report and Recommendations.

The ABI [**] is a bit like the Australian Reconstructing Insolvency & Turnaround Association (ARITA), only much larger. On its website it’s described as follows:

“The American Bankruptcy Institute is the largest multi-disciplinary, non-partisan organization dedicated to research and education on matters related to insolvency. ABI was founded in 1982 to provide Congress and the public with unbiased analysis of bankruptcy issues. The ABI Canal Center Plaza membership includes more than 13,000 attorneys, auctioneers, bankers, judges, lenders, professors, turnaround specialists, accountants and other bankruptcy professionals providing a forum for the exchange of ideas and information. In fulfillment of its mission to provide information to its members, journalists, Congress and the public, ABI is engaged in numerous educational and research activities, as well as the production of a number of publications both for the insolvency practitioner and the public.”

This is an extract from the Introduction to the ABI’s report:

“A robust, effective, and efficient bankruptcy system rebuilds companies, preserves jobs, and facilitates economic growth with dynamic financial markets and lower costs of capital. For more than 35 years, the U.S. Bankruptcy Code has served these purposes, and its innovative debtor in possession chapter 11 process, which allows a company to manage and direct its reorganization efforts, is emulated around the globe. As with any law or regulation, however, periodic review of U.S. bankruptcy laws is necessary to ensure their continued efficacy and relevance …. Markets and financial products, as well as industry itself, often evolve far more quickly than the regulations intended to govern them. It may be that significant economic crises tend to occur cyclically and encourage reevaluation of the federal bankruptcy laws. Regardless, the general consensus among restructuring professionals is that the time has come once again to evaluate U.S. business reorganization laws.”

Despite the ABI’s report being mainly about Chapter 11 – i.e., the US law which permits a corporation or other entity to propose a plan of reorganization (debtor in possession) to keep its business alive and pay creditors over time – it seems to me that Australian insolvency law enthusiasts will find its discussion and analysis invaluable. Seriously.

A pdf copy of may be downloaded from the ABI site.

[**] As we all know, in America the term “bankruptcy” refers to corporate insolvency as well as personal insolvency.

Under the Insolvency Law Reform Bill 2014 the insolvency practitioners association and the accountants associations are to be granted the right to formally refer registered liquidators who they suspect are guilty of misconduct to the Australian Securities and Investments Commission to consider using its disciplinary powers. 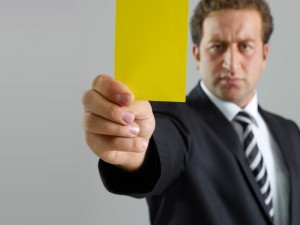 The following table sets out the proposed legislation by using extracts from the Bill and related official material.

SUBJECT: DISCIPLINE OF REGISTERED LIQUIDATORS:
POWER OF INDUSTRY BODY TO GIVE INDUSTRY NOTICE 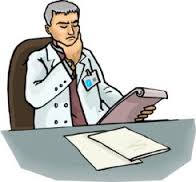 The following table sets out the proposed legislation by using extracts from the Bill and related official material.

The exposure draft of Australia’s Insolvency Law Reform Bill 2014  has, in its 240 pages dealing with corporate insolvency,  so many proposed changes in the form of amended, repealed, omitted, added and substituted words, items, definitions and sections, and so many additional parts, divisions, subdivisions, schedules and transitional provisions, that only an expert with tremendous devotion to the task would be able to understand what it all means and see what the new law governing corporate insolvencies is going to look like. The rest of us will probably have to wait until this Bill is passed and a compilation of the Corporations Act 2001 that takes into account all these changes is prepared.

Even then it appears we’ll see quite a mishmash of insolvency laws scattered throughout the Corporations Act and its Rules and Regulations. Perhaps our corporate insolvency laws need a real clean up, like gathering all existing provisions together and moving the lot (with amendments and additions) out of the Corporations Act and into a new, specific Act, such as a Corporate Insolvency Act. But that’s a discussion for another day.

However, one of the changes proposed by the Insolvency Law Reform Bill will take us a little in this direction. Several rules that are currently scattered throughout the Corporations Act will be encompassed in a new Division 4 – which is to be called the Insolvency Practice Schedule (Corporations).  It will be added to Part 5.9 (Miscellaneous) of Chapter 5 (External Administration) of the Corporations Act 2001. The table below shows the layout of this new Division and points to the pages of the Bill’s Exposure Draft where the text of the laws is set out. I hope it’s of some help to those trying to understand the proposed changes.

Note:  There is an official Explanatory Material to the exposure draft of the Bill. It is 228 pages long, but only 115 pages concern  changes to corporate insolvency laws!