Amongst the huge number of statistics published by the Australian Securities and Investments Commission (ASIC) in its latest report on corporate insolvency is the finding that in 2014/15 liquidators, receivers and voluntary administrators (external administrators) reported 16,279 apparent or possible breaches by directors and others of the laws in relation to companies. (Notes 1 & 2) 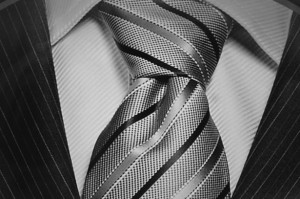 During each year external administrators lodge reports with ASIC as required under the Corporations Act 2001. The main purpose of the reports (in ASIC Form EX01) is to provide a means by which external administrators can fulfil their statutory obligation to report corporate offences that appear to have been committed by directors of the company, and misappropriations, negligence, breaches of duty, breaches of trust, etc., that appear to have been committed by persons who have taken part in the formation, promotion, administration, management or winding up of the company. (Note 3)

Of the 16,279 reported breaches in 2014/15, ASIC has decided to categorise and specify 12,275.  This is the number of breaches in respect of which external administrators have stated that they have supporting documentary evidence. (Note 4)

I have compiled the following special table of details of these 12,275 alleged breaches. (Note 5)  As can be seen, the three most common offences are insolvent trading (29.6%), failure to keep financial records (16.6%) and failure to exercise care and diligence (15.5%).
END_OF_DOCUMENT_TOKEN_TO_BE_REPLACED

Transcripts have now been published for all of the public hearings of the Senate inquiry into insolvencies in construction industry. Phoenixing of companies is the main topic discussed. Several insolvency practitioners have given evidence, and at the hearing in Sydney on 28th September the insolvency profession was criticised by the leading participant, Senator Doug Cameron. At the public hearing in Melbourne on 29th September the Walton Constructions case was discussed in detail by the insolvency practitioners initially appointed as external administrators.

A list of the public hearings and those who appeared as witnesses is provided below. END_OF_DOCUMENT_TOKEN_TO_BE_REPLACED