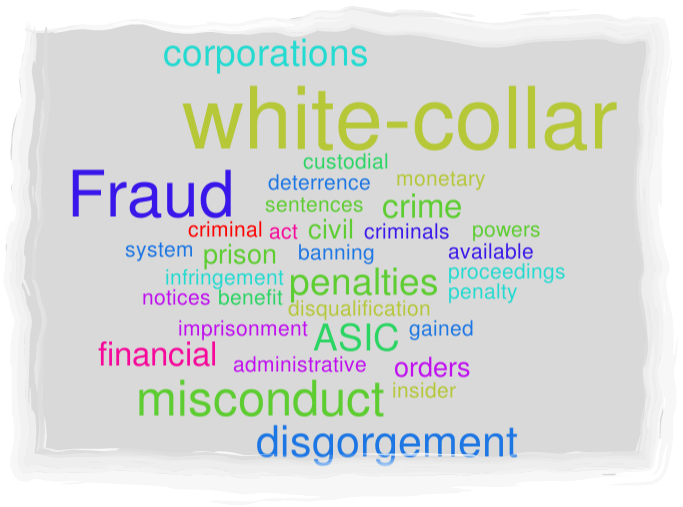 Inquiries by Parliamentary committees can be a waste of everyone’s time. The Senate’s Inquiry into criminal, civil and administrative penalties for white collar crimes is a good example.

It began in November 2015 and ended in March 2017 (after pausing for 5 months because of the  election). It received 139 submissions, 2 lots of “additional information”, and had a public hearing at which 23 witnesses appeared. It’s report, which carries the grandiose title “Lifting the fear and suppressing the greed” (23 March 2017), runs to 108 pages. The committee said:

“A clear message to the committee from inquiry participants was that white-
collar crime and misconduct can cause serious harms, both at the individual level and
in the community as a whole.”

But despite this statement and the enormous amount of work that went into making submissions, conducting the inquiry and writing the report, media coverage has been almost non-existent. Perhaps news editors thought the subject matter was fairly dry, and/or that the report’s  recommendations were not particularly noteworthy or inspiring or controversial.  Such a conclusion would be understandable. To which I would add, that the report is unlikely to have much of an impact on how we deal with white collar crime.

Incidentally, insolvency practitioners will be disappointed that there are so few references in the report to insolvency and liquidation, although potentially recommendation 4 could have an impact in corporate insolvency.

The next part of this blog post contains extracts which reveal “The Committee’s Views”  and the “Table of Contents of Report”.