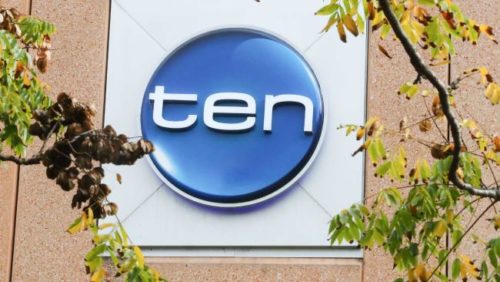 Creditors of Ten and its shareholders and staff will have to wait until at least November to discover the network’s fate.

An application for Ten Network Holdings’ proposed takeover by American broadcaster CBS has been “tentatively” listed for a three-day hearing on October 31, when the Supreme Court of NSW will hear any final shareholder opposition to the deal.

Bruce Gordon, who is yet to signal whether he will oppose the application by Ten’s administrator KordaMentha to transfer the company’s shares to CBS, did not appear at a directions hearing yesterday, when Justice Ashley Black set a provisional timetable for the matter.

Mr Gordon is understood to be mulling the next step in his ­attempt to stop CBS taking over Ten after its creditors voted this month in favour of the deal.

In setting the hearing date, Justice Black noted that interested parties may need time to ­respond to an expert report due to be filed with the Australian ­Securities & Investments Commission by KordaMentha on October 10, giving any other interested parties three days to file notices of appearance.

The court heard that Mr Gordon and Lachlan Murdoch, as part of Mr Gordon’s joint bid for the network, may be analysing their own independent expert’s ­report before deciding on whether to challenge the CBS deal.

Counsel for Ten’s receivers Tiffany Wong sought the earlier possible hearing date, noting the difficulty of running a television network under administration — in particular negotiating content deals. “If one can’t get content, one can’t get advertisers,” Ms Wong told the court, saying the company’s future hinged on the ­expedition of the proceedings.

Correspondence tendered to the court shows Mr Murdoch and Mr Gordon, through their private companies, expressed reservations to Ten’s administrators about their access to ­information on the sale process. Mr Murdoch is co-chairman of News Corp, publisher of The Australian.

The court heard the media bosses were also awaiting Korda­Mentha’s independent ­report before deciding on any ­attempt to block the final transfer of Ten shares to CBS.

Ten’s creditors backed the sale to CBS, the network’s largest creditor, on September 19.
A spokesman for KordaMentha said that while the passage of the sale through the Foreign ­Investment Review Board and the transfer of shares to CBS was “usually routine”, the administrators sought the hearing yesterday to set a timetable for the share transfer in the expectation of a challenge from Mr Murdoch and Mr Gordon.

KordaMentha said it aimed to make the independent report available to shareholders on the ASIC website by October 10.

Justice Black said the court must balance the need to give the parties an opportunity to ­respond with the urgency of the matter. He listed the matter for further directions on October 16.”