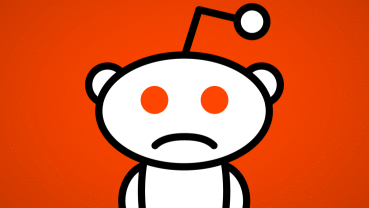 In March 2016 I lodged a submission with the Senate Standing Economics References Committee which is inquiring into penalties for white collar crime in Australia. However, for reasons which remain a mystery (probably just an administrative stuff-up), my submission did not make it to the committee, and so is not published on the Inquiry’s website with the other 139 submissions appearing there (at 19 Jan 2017).

The 139 submissions are listed (and publicly available) on two web pages:

Although my submission didn’t contain any astonishing revelations or brilliant insights, a considerable amount of thought and work went into creating it, and the facts and ideas it contains are probably worth considering. Therefore, I’ve decided to publish most of the submission here, just for the record.(The Senate Committee is due to report by 28 February 2017.)

Extracts from my submission

This submission is most relevant to items d. and g. of the Terms of Reference, which translates to:

“the inconsistencies and inadequacies of current criminal, civil and administrative penalties for corporate and financial misconduct or white-collar crime, with particular reference to …. the value of fine and other monetary penalties, particularly in proportion to the amount of wrongful gains …. and any other matter.”

The main views and information that I seek to provide in this submission may be summarised as follows:

My analysis (in Paper 1) demonstrated a trend towards smaller fines for summary offences prosecuted by the ASIC, with the average fine imposed for a summary insolvency offence not keeping pace with inflation (average annual inflation of 2.8%) and actually decreasing by 19.0 percent from 2006 to 2010.

In 2011 ASIC ceased publishing the raw information that was analysed for my paper. Apparently the information which ASIC used to say “provide(d) valuable financial information for creditors and other interested parties” no longer serves that purpose. From July 2011 ASIC has incorporated certain data in a new type of report named “ASIC Enforcement Outcomes”. But detailed comparison of the ASIC data published post-2010 with the statistics I compiled is not possible. As a result I cannot say whether the trend towards smaller fines for post-appointment summary offences has continued to this day or has been reversed.

Another review should be carried out to find out what fines are being imposed now for summary corporate insolvency offences.

The 2006-2010 trend in fines for insolvency offences is in stark contrast to outcomes in the field of tax crime, where according to reports by the Australian Taxation Office (ATO) it appears that the average fine imposed for a summary tax offence prosecuted by the ATO in 2007-08 was $3,217 and by 2014-15 the average had steadily increased to $6,227.

The ATO states that the summary offences it prosecutes “include failing to lodge returns or keep records, making false or misleading statements and not responding to our questions when required”. This description suggests that these tax crimes are not all that different than failure-to-assist type of insolvency crimes.

So why are the penalties so different? Some would say that the “amount of wrongful gain” is greater in these tax crimes than it is in similar insolvency crimes. But this assumption seems to be based on a lack of appreciation of the repercussions that a breach of a summary insolvency offence may have.

The ATO says it “takes all forms of tax evasion and non-compliance seriously”. ASIC says it “regard(s) failure to provide a RATA or to disclose and deliver up books and records as a serious breach of the Act.” But it appears that only the ATO can say, as it has, that “the seriousness of these (tax) offences is also being recognised through the sentences being handed down in the courts”.

When actual fines for a particular offence remain the same or fall, one interpretation open to the public is that the offence is currently regarded as less serious than it used to be.

If failure to assist-type corporate insolvency crimes in Australia are now being treated less seriously, it is difficult to understand why. No doubt they are regarded by some as minor. But often such so-called minor offences are deliberately committed – knowing that the penalties are small or that there may be none at all – in order to obstruct official proceedings, keep assets hidden and conceal more serious offences such as fraud.

Newspaper reports alone have shown us that in the community in which companies collapse and business people become bankrupt, there is plenty of scheming, subterfuge and law-breaking.

Directors have plenty of reasons to be apprehensive about the appointment of a liquidator. A liquidator’s investigation may uncover wrongful gains, such as assets and money misappropriated by directors or assets unaccounted for; amounts owing to the company by directors, family members or related entities; and preferential payments to related entities or to creditors holding personal guarantees.

Other wrongful gains can be obtained by obstructing potential actions and lawsuits available to liquidators, ASIC and creditors. The list of such actions is long. But one area that is of special concern to directors is the law against insolvent trading. The liquidator, or the ASIC, or even a creditor, may initiate compensation proceedings against directors personally for amounts lost by creditors. Civil penalties of up to $200,000 are available. And if dishonesty is found to be a factor, a director may also be subject to criminal charges (which can lead to a fine of up to $220,000 or imprisonment for up to 5 years, or both).

What better way to obstruct such actions than to refuse to provide records or other information?

In my submission, where directors ignore or seek to avoid their duties to supply company records and to assist the external administrator of their companies (failure to assist-type insolvency crimes), there needs to be a much greater level of enforcement action by ASIC. Where necessary, prosecutions should be launched. Hefty fines should be sought.

My analysis also found that during the period 2006 to 2010, fewer convictions were, on average, recorded each year. Further research would be required to reach a definitive view on why there has been an overall decrease in the number of defendants convicted and why New South Wales and Queensland have gone against this trend.

Of particular interest would be data on activities within ASIC’s Liquidator Assistance Program. Sometime during the period ASIC introduced for the first time a proviso, asking that liquidators refraint from seeking ASIC’s assistance in certain circumstances. The introduction of this proviso may have had the effect of reducing the number of offence referrals to ASIC. Fewer referrals means fewer prosecutions, means fewer convictions. Specific research questions would include—have there been fewer referrals/complaints by liquidators? Does the program focus more on some states than on others? Have prosecution success rates fallen? Do success rates vary from state to state? Are directors becoming more compliant? Research interviews with officers in the LAP would help to answer these questions.

The statutory maximum fines for these offences was doubled in December 2012 – to $4,250 for a section 475 offence and $8,500 for a section 530A offence. (This is the only increase made in 15 years.) If fines in this vicinity are now being imposed, I believe they could be acting as a deterrent. However, as ASIC no longer publishes such information, research ought to be carried out to determine whether these increased maximums have resulted in greater penalties being imposed by the Courts.

Needless to say, the judiciary is independent and its members exercise a broad discretion over the penalty imposed upon offenders. But perhaps its members need to achieve a greater appreciation of the detrimental repercussions that lenient penalties may be having on the proper administration of the insolvency laws more generally.

THE REPORT AS TO AFFAIRS (COMPANIES FORM 507)

…. Paper 2 relates, in part, to section 475 of the Corporations Act 2001 (to which I have already referred)…. By requiring directors to prepare, verify and submit a RATA the law endeavours to obtain an up-to-date, truthful list or record of all assets owned by the company (description, location, value, etc) and of all liabilities owing by the company (description, name and address of creditor, amount, etc.). In this way directors supply basic, essential information to liquidators, whose main task is to realise assets and distribute the net proceeds to creditors.

Of the 105 liquidators surveyed, 53 per cent (i.e., 56 liquidators) said they knew of at least one occasion when the ASIC had obtained a section 475 conviction against a director of a company to which they had been appointed …. As the following chart shows, 45 of these 56 liquidators (i.e., 80.4 per cent of them) rated the penalty imposed under section 475 as either “very light” or “light”.

Most official liquidators (court-appointed liquidators) agreed that the penalty for failure to submit a RATA without reasonable excuse should be increased by treating the offence as a contempt of court.

Obviously, if a white-collar crime is not investigated there will be no penalty imposed. Which leads me to say something slightly off-topic about insolvency prosecutions as they relate to the collapse of small and medium enterprises (SMEs).

It seems to me that gradual procedural changes made in our corporate insolvency system have, in the case of SMEs, effectively privatised the law enforcement process of investigating corporate insolvency offences and other white-collar crimes committed by directors of failed companies.

Liquidators are private sector business practitioners. They are, rightly so, expected to report summary corporate insolvency offences to the regulator. Also, and rightly so,they are expected to make a report to the regulator where it appears to them that persons connected with the company may be guilty of other types of offences in relation to the company (section 533). This duty seems to require, rightly so, that liquidators investigate whether any other offences in relation to the company may have occurred, although the extent or depth of such investigation is not clear.

But having reported possible offences, a liquidator – whose primary roles are to realise assets and distribute available funds in accordance with the rules – may then be expected to carry out a thorough investigation and present the regulator (ASIC) with what is, virtually, a brief of evidence. See ASIC Regulatory Guide 16, Schedule C and Schedule D (July 2008).

The intention appears to be reduce ASIC’s work to a minimum, thus saving public resources.

I find it remarkable. With the massive load put on the liquidator I would not be surprised if many of them take the easy way out by not even reporting the apparent offence in the first place. And I am not aware of any other area of law enforcement where the bulk of the work in investigating, documenting, detailing and reporting an offence is thrown back onto a messenger/witness/quasi-agent in the private sector.

The insolvency experience of white-collar crime

On entering this field (1979) I discovered that nearly all insolvency practitioners were annoyed and dismayed by the lack of firm action taken by regulators against those who broke the law, and equally by the puny penalties imposed where offenders were successfully prosecuted. Before long I personally came to experience these failings over and over again.

Over the following 30 years the regulators introduced systems intended to address these issues, and their warnings to directors became tougher, but not much else seems to have changed. 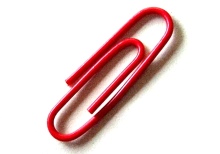 Attachments to my submission

Two of the papers I have written and published about corporate insolvency offences were attached to my submission: