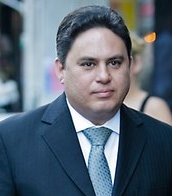 On 26 September 2011 former liquidator Stuart Ariff was  found guilty of various charges brought under the NSW Crimes Act and the Corporations Act. The Australian Securities and Investments Commission has  issued the following media release.  (The photo of Mr Ariff is from The Australian.)

“Former liquidator Stuart Ariff was today found guilty by a jury in the New South Wales District Court on all 19 criminal charges brought by ASIC. The offences relate to Mr Ariff’s conduct while he was the liquidator of HR Cook Investments Pty Ltd (in liquidation) (“HR Cook Investments”) during the period 9 June 2006 to 29 March 2009. Mr Ariff was found guilty on 13 charges under section 176A of the NSW Crimes Actconcerning the transfer of funds totalling $1.18 million with intent to defraud HR Cook Investments. Mr Ariff was also found guilty on six charges under section 1308(2) of the Corporations Act 2001of making false statements in documents lodged with ASIC recording receipts and payments relating to HR Cook Investments. The NSW Crimes Act charges each carry a maximum penalty of 10 years imprisonment. The Corporations Act 2001 charges each carry a maximum fine of $22,000 or imprisonment for five years or both.

Mr Ariff’s conditional bail was revoked and he was remanded into custody. The matter will return to Parramatta District Court on 25 November 2011 for sentencing.

The matter was prosecuted by the Commonwealth Director of Public Prosecutions.”